A Private hospital in Villeneuve d’Ascq by Pargade Architectes

The hospital acts as a structuring element in synergy with the clinics already present around the city of Lille
By Aline Chahine
Friday June 11, 2021

The private hospital in Villeneuve d’Ascq (in northern France) is a response to the regional modernisation programme aiming to improve the quality of health care. The facility acts as a structuring element in synergy with the clinics already present around the city of Lille. The hospital provides multidisciplinary care for outpatients and patients requiring full hospitalisation. Its programme includes 225 beds and medical, surgical and obstetrics units as well as a medico-technical centre. It has a large 42-bed maternity unit, 10 operating theatres as well as radiotherapy, chemotherapy and nuclear medicine units.

In 2007, the Jean-Philippe Pargade agency was named winner of the competition launched by La Générale de Santé. The team included EGIS Nord, an all-trades engineering firm, and Martin & Guiheneuf, a firm specialised in quantity surveying services.

A landmark on the outskirts of Lille

The new private hospital in Villeneuve d’Ascq covers an area recuperated from uncultivated farmland located in the new Recueil district urbanisation zone. It is a local health centre lying between a residential district and a commercial activity area. A same architectural style unifies all the programme elements and allows the new facility to stand out as a contemporary project located in the greater Lille area.

The project by the Pargade agency is designed as a simple volume based on a rectangular plan providing a harmonious transition between the scale of the nearby commercial buildings and that of the houses located in the adjoining suburban fabric.

Set back from the street alignment, the project incorporates a garden giving onto the entrance esplanade. The logistics area is positioned to the rear of the building and the car parks to the sides. This allows the hospital to open onto a large green space reminiscent of a convent layout.

The building’s envelope is handled as a pictorial composition. The slate coloured brick facades reinterpret a vernacular architecture specific to northern France. These outer walls incorporate large windows treated as a patterned design with incorporated screen printed floral motifs. This composition is emphasised by a glazed gallery on the ground floor that extends through the hall and opens out over the garden space.

Taken together, the project creates an interplay of graphic forms that catches the eye. The idea is break away from the tradition image held by hospitals by providing a contemporary sculptural object while remaining within a contextual vocabulary recognisable by local residents.

Enhancing the image held by a hospital

Architecture has a major role to play in enhancing the image held by hospitals. As a symbolic setting, the hospital simultaneously needs to be welcoming and reassuring as well as efficient and safe.

Particular emphasis is placed on reception and comfort to ensure that each patient is looked after in a personalised and adapted manner. The entrance hall is similar to a hotel lobby, providing a monumental volume rising up over two levels and creating a welcoming and generous space.

The heart of the building places emphasis on transparency and simultaneously provides views over the outdoor landscape and the various indoor spaces. Glazed galleries provide transversal links between patient care units and contribute to the efficient running of the hospital.

The geometric and compact volume is pierced by openings in the form of small garden patios that open the building onto the surrounding environment. These occasional voids bring natural light into the heart of the floor levels and adapt to potential programmatic constraints.

The colours used in the interior spaces represent a fundamental component in the hospital’s spatial organisation.

Soft, pale colour tones are privileged to contribute to the serenity of the surroundings. Alternating solid tints making use of pinks, blues and greens cover the surfaces, creating contrast effects.

Movements through the building reveal graphic compositions, associations and paintings reaching out into the space. The colours contribute to humanising the various functions and create a warm and friendly atmosphere.

A model of functionality

The overall organisation of the facility presents itself as a model of hospital functionality. It is based on a system of floor levels favouring shared means, proximity and visibility between departments.

The rectangular geometry takes the form of a compact comb and is designed to easily permit the creation of vertical extensions without any need for additional building works. This particularly applies to the operating theatres lying below the plantrooms and the ground floor consultation and medical imagery areas.

This simple geometry provides considerable organisational flexibility. It rationalises circulation areas and reduces movements by favouring horizontal juxtapositions. The organisational system ensures that the hospital building is able to adapt to any future programmatic modifications. 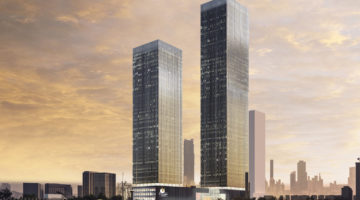 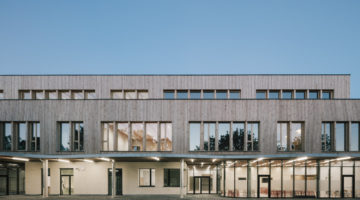 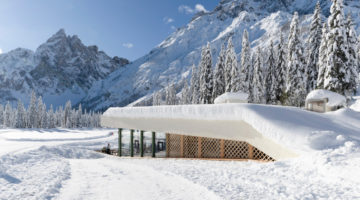 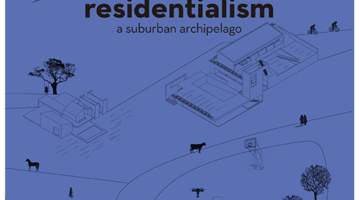