Noted for his background in both conservation and design, Wright studied at the University of Cincinnati College of Design, Architecture, Art and Planning and earned a twin degree in architecture and historic preservation. During his 18-plus years in professional practice, Wright has worked on prominent preservation projects including the National Portrait Gallery in Washington, D.C., the old U.S. Mint in San Francisco, and state capitol buildings in Sacramento and Olympia, Wash., the latter by McKim, Mead, and White. He has also cultivated expertise on San Francisco’s façade ordinance, which requires inspection reports for many of the city’s oldest buildings before the end of 2021.

Citing Wright’s “varied background” including in preservation architecture and his work on “well-known historic buildings” as well as laboratory and other technical conservation techniques, Mayor London Breed nominated Wright earlier this year. Wright was confirmed unanimously by the city’s Board of Supervisors in July, and joined the commission officially the day following his confirmation. He is the only out lesbian, gay, bisexual, transgender or queer (LGBTQ) person on the seven-member advisory panel, and he assumed the commission's Seat 3, designated for an architectural historian. Wright's personal involvement in LGBTQ preservation initiatives is just one example of his extensive experience and contributions to preservation in the Bay Area and nationally.

“We are truly delighted to see Jason’s significant talents and deep knowledge made available throughout San Francisco in this way,” says H. Ruth Todd, FAIA, president of Page & Turnbull. “Our firm encourages wide involvement in important civic and professional organizations that support and advocate for preservation of our historical and cultural legacies.”

A native of Ohio who has lived in San Francisco for many years, Wright has served on the board of directors for the Presidio Historical Association since 2007, and he has been actively involved with the Association for Preservation Technology (APT), including many years as secretary for APT International’s Technical Committee for Sustainable Preservation. Through his involvement and his work with Page & Turnbull, Wright often advocates for preservation as an environmentally sustainable practice and advises on the importance of sustainable preservation in combating climate change.

Before beginning his decade of involvement with Page & Turnbull, Wright worked with John G. Waite Associates Architects in Albany, N.Y., and Hartman-Cox in Washington, D.C. His broad footing in preservation includes experience with materials conservation and related construction approaches as well as cultural landscapes and environmental reviews. Wright has also been involved locally with San Francisco Heritage and is an active member of the San Francisco GLBT Historical Society’s Historic Places Working Group. Wright's personal involvement in LGBTQ preservation adds to his broad experience and footing in these fields.

In support of Wright’s nomination to the prominent Historic Preservation Commission, Terry Beswick, former executive director of the GLBT Historical Society, said that Wright “will bring the commission strong expertise as an architectural historian coupled with an awareness of LGBTQ historic preservation that is sorely needed right now."

Around the time of Wright’s nomination, San Francisco’s supervisors were considering city landmark status on several LGBTQ historical preservation items, including the Noe Valley home of Del Martin and Phyllis Lyon, a lesbian couple known for pioneering activism in feminist and gay-rights issues.

The Historic Preservation Commission also recommended landmark status for the gay-owned San Francisco Eagle, a gay bar in the South of Market neighborhood that opened almost 40 years ago.

Added Beswick, “We need to ensure that the most marginalized LGBTQ communities' historic places are preserved in San Francisco, including BIPOC and trans sites, not just those that are best known."

In his work with San Francisco’s Historic Preservation Commission, Wright will apply his interest in a broader and holistic understanding of tangible and intangible cultural resources. “LGBTQ preservation work has shed light on the shifting national and international perspectives relative to interpreting and preserving our intangible heritage,” says Wright. “Having grown up gay in small-town Ohio, and now experiencing and living amid San Francisco's vibrant LGBTQ community, have given me great appreciation for its history and value not only to the city and the nation, but to the world." 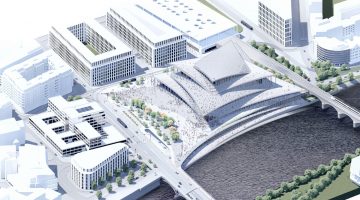