The City of Fort Worth announced Wednesday, Dec. 2, it’s buying the former Pier 1 headquarters building to be the new City Hall at 100 Energy Way on the west edge of downtown
By Aline Chahine
Source: CBS DFW
Sunday March 21, 2021

"The City of Fort Worth announced Wednesday, Dec. 2, it’s buying the former Pier 1 headquarters building to be the new City Hall at 100 Energy Way on the west edge of downtown.

Mayor Betsy Price said it will save tens of millions over building a new complex, where cost estimates were running above $200 million.

The purchase expected to be completed by February 2021, with move-in sometime in 2022.

“The new City Hall location presents unique opportunities as the City of Fort Worth has grown exponentially since the 1971 construction of the current facility,” the city said in a news release, adding the property would provide much needed additional square footage, as well as more efficient city services for residents by consolidating municipal services into one location.

The initial plan was to build a new City Hall adjacent to the existing location; however, the purchase of this property proves to be a more strategic opportunity as it will ultimately result in cost-savings for taxpayers through an accelerated timeline, a much lower acquisition cost, reduction of long-term operating expenses and elimination of annual payments for leased facilities.

“As we have begun to plan for the renovation of City Hall, the cost-savings provided by the purchase of this building is simply too significant to pass up,” said Mayor Betsy Price. “This is a prudent financial decision, and I am proud of the City of Fort Worth’s fiscal responsibility, forward thinking and strategic investment.”

The existing City Hall building (200 Texas St.) has seen several modifications and functional rearrangements over the last 49 years, including the completion of the third floor and the removal of the interior water fountain in the atrium. During normal operations, City Hall is the daily workplace for approximately 600 City staff from 13 departments. The current City Hall will be repurposed and remain as a municipal building.

The prospective municipal complex is 409,977 square feet, offering more than 160,000 additional square feet of space compared to the current facility alongside modern amenities and ample parking.

The purchase of the new property would move up the timeline for a new City Hall to come online in 2022, several years earlier than construction of a new facility. In addition to the new facility consolidating City operations for a larger presence in a single location and providing increased access for the public, the purchase will bring in lease revenue over the next few years as existing tenants will remain in place."

Full Article: City Of Fort Worth Buying Pier 1 Headquarters, Will Be New City Hall In 2022
Published on December 2, 2020 in CBS DFW 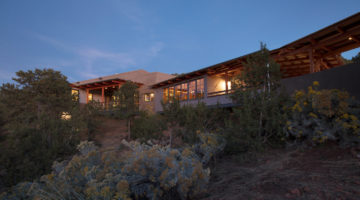 Shelter: Home Tours 2021 Explores Designs for Everyone via Livestream 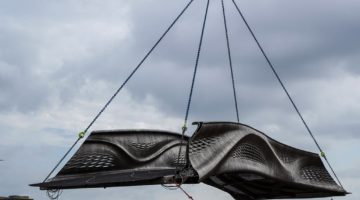 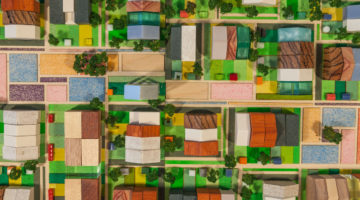 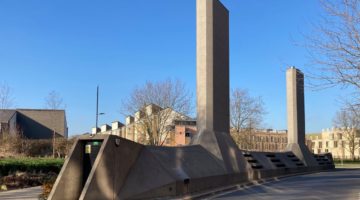 Where there’s a grille: the hidden portals to London’s underworld