Houston is a city of rapid-fire urban mutations. The largest metropolis in the US by square mileage—and the most diverse—Houston constantly processes vacant space into new developments, driven only by the logic of transaction and opportunity. The city’s lack of zoning means anything goes: a sprawl of random events and programs constantly generating new junkspace and drosscape. It’s a place where urban developments are always negotiable, where storms and chemical leaks constantly reconfigure any future planning. Unlike the scripted corporate urbanism of the generic city, Houston’s glitchy urban DNA leads to instant evolution and mutation: a genetic city.

Houston Genetic City is really three books in one: a collaborative and speculative book about Houston’s future, and by extension the future of urbanism in unplanned cities globally, from the three interlinked viewpoints of developer city, energy city, unzoned city. Using maps, photographs, timelines, and collages, the book lays out the conditions for new urbanization in this fragile landscape. We imagine Houston beyond its current petro-economy, beyond its laissez-faire land uses, and beyond its notorious sprawl.

The work was developed over the course of a year by faculty and students of the University of Houston’s Gerald D Hines College of Architecture and Design. Thom Mayne and Eui-Sung Yi of Morphosis acted as collaborators and critics. Its central premise is that Houston represents an evolving city type. No longer formal, axial, or planned, it is instead based on heuristics, on trial-and-error, on ad hoc strategies. 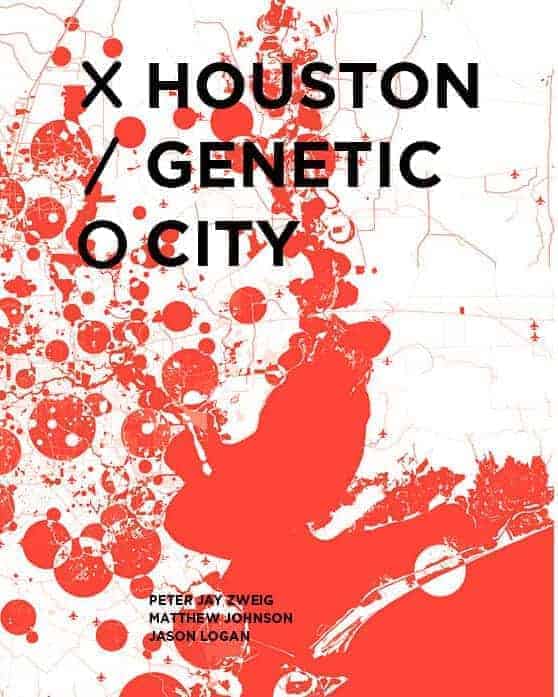